'Unbidden', the third installment of The Elm Stone Saga, launches in just over 24 hours. Get excited, people! This book takes the series down a more political path, as a growing Aristea becomes more aware of the issues of international governance and the diversity of magical culture and identity. To give you a little bit of an idea of what you're in for, read on below for an exclusive extract. 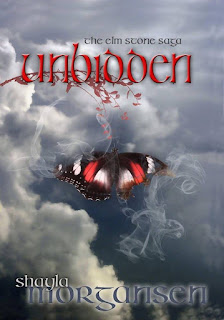 Subscribe to this blog for more teasers and insights, not only into this book, but into the series, the author and the story universe itself.


Enjoy!
“Did you notice she smiled at what Lord Gawain says?” Hiroko asked, opening and closing her hand several times in quick succession, experimenting with creating and closing down wards. The result was a sort of flicker of magic in front of her. “He says, ‘Oneida is a master academic of many magical arts and methods not known or used by more conventional styles of magic’.”
No, I didn’t miss Oneida’s sidewards glance and her flash of amusement, but I hadn’t realised anyone else had detected it.
“I don’t even know what that means, so I can’t begin to suggest why she found it funny,” I admitted. Hiroko was thoughtful as she readied for the next onslaught of pillows.
“I think it means she does not practise white magic,” she said. “This should not be a surprise because she is not from the White Elm’s nation, but it is a surprise that the White Elm wants her if she uses uncontrolled magics.”
“Uncontrolled magics? It’s all white magic, isn’t it, unless it’s bad?”
Hiroko lowered her ward and stared at me, thinking how best to answer, and I took the opportunity to lob pillows at her.
“White magic is the magic Jadon teaches us here,” she explained carefully. “This is the type of magic the White Elm con…. Condone? Condones and monitors. They say it is clean. It is energy. The rest is…” She struggled to articulate. “It is clean like when you scrub the dirt and the skin away. Bare. But there are other ways to channel and shape magic. These ways are older and difficult to predict. Wild magic. These are not legal in communities controlled by the White Elm.”
I’d never considered that magic could be wild, or that there were other methods beyond what I was being taught here. The White Elm’s methodology was identical to what my parents and aunt and uncle had used, and that pretty much encompassed my entire exposure to the magical world.
Actually, I realised, that wasn’t true. I knew that there were other types of magic. There was dark magic – Renatus’s job was to study it, learn it and know it, for when other sorcerers skilled in these arts challenged the council.
Hiroko smiled slyly, privy to an inside joke I wasn’t in on. She said, “Lord Gawain is careful. He calls her an academic.”
Like Renatus. Just an academic. I thought of some of the spells I’d seen Renatus use. I thought of the fireball I’d used on Lisandro to keep him at bay on Monday night, the magic that had come from the part of my brain I now shared with Renatus’s memory bank of magical skills – that had not felt like the magic I was used to casting with. Wild magic. Dark magic.
He’s been teaching you bad things, sweetie.
I’d gathered, of course, that this particular spell wasn’t legal, and as such I’d neglected to mention it to anyone else on the council. But it had come from the same place as the incredible feat of Renatus using my own power and filling my cupped hands with water out of thin air. That was beautiful, and I remembered the delight I’d felt at knowing I’d one day be able to do that and other magic like it unassisted.
Wild magic.
If those two examples were one and the same, or at least from the same source, was all wild magic necessarily also dark magic?
Posted by Unknown at 01:03 No comments:

"This is your last chance. After this, there is no turning back. You take the blue pill - the story ends, you wake up in your bed and believe whatever you want to believe. You take the red pill - you stay in Wonderland and I show you how deep the rabbit-hole goes."
-Morpheus, The Matrix 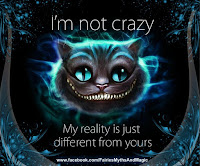 Today's six impossible (or perhaps more correctly, but less classically literately, improbable) things, all of them before tomorrow morning's breakfast:

1. I came to big decision. My lifelong appreciation of such prophetic masterpieces as The Matrix, I, Robot and Terminator have left me with the self-assured knowledge in the inevitability of an eventual hostile AI takeover, which has ensured I've kept myself safely out of the reach of most social media platforms. But before tomorrow's breakfast, it occurred to me that fearing robots won't help beat them. Know thy enemy. So, I updated my iPhone and got started on my reconnaissance mission.

Here is a stock image of someone else's iPhone 5 that looks a lot like my phone, but isn't my phone. 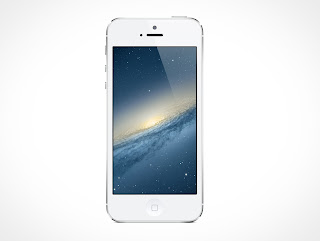 2. I signed up for a Twitter account! I really don't know what I'm going to say, but with only 140 characters per tweet, it's not as though I need to think long and hard and plan out any novels, is it? ;) Go forth, little birds, and follow me @Shayla.Morgansen

3. I signed up with Instagram! Stalk me and my pictures on Shayla.Morgansen Now not only will I be tweeting, I will be sharing photographs. Instagraphs. Pictograms. Whatever. I'll work it out. How hard can it be?

4. I linked my blog to my Goodreads account. Do you love YA books and reading fantasy? Follow me on Goodreads and add my books to your to-be-read shelf. Shayla Morgansen

5. I posted to my Instagram and it turned up on all of my new social media accounts! Like magic. Are you following my books on Facebook yet? Well, perhaps you should be. Facebook/ElmStoneSaga

6. I started a blog. This blog. Before now I've posted thoughts, articles and column contributions all over the internet - Tumblr, newspapers, guest blog posts, Facebook - and I will continue to do that, but henceforth, Six impossible things before breakfast will be Shayla Morgansen Central, a home for my ramblings on all of my topics of interest, including my books. Subscribe and enjoy!
Posted by Unknown at 03:55 No comments: