The Messenger by Markus Zusak
My rating: 4 of 5 stars

What a lovely book. I suspected I would enjoy it, having loved The Book Thief, and I was not in the least disappointed. I found the whole thing such an original concept, this placid no-hoper protagonist drifting through life until unexpectedly, a series of playing cards appear in his letterbox with clues directing him to the homes of strangers who, in different ways, need him to help them find what will bring them happiness. Ed is the messenger, finding courage and soul and integrity inside himself as he divines his way through these challenges and connects each of his 'messages' with their needs, finding his place in the world while he is at it. I loved the Australianness of the language, setting and detail; I loved the beauty of Zusak's way with words. I smiled as I read the ending, which I did not see coming, though I knew there had to be some unique answer to it all. In summary, a beautiful, lovely book, light and casual but with heart.

View all my reviews
Posted by Unknown at 01:17 No comments:


But the mere fact that they were still there on either side of him, speaking bracing words of comfort, not shrinking from him as though he were contaminated or dangerous, was worth more than he could ever tell them.


-Harry Potter and the Half-Blood Prince

Despite setting out with The Elm Stone Saga to write a modern fantasy with cool stuff like MY OWN STYLE OF MAGIC and A POTENTIALLY HAUNTED MANSION and TRAUMATISED CHARACTERS, what ended up being my number one reason for writing was to see the friendship unfold between Renatus and Aristea. As they have grown closer and come to understand one another better they have only interested me more. I admire their loyalty, their warmth, their uncompromising demands on the other to be the best version of themselves they can be, and most of all, what goes unsaid – the silent shared looks of understanding and the reading of one another’s body language as they intuit the other’s feelings and reactions.

In television and film, this formula for deep affection between male and female friends can be a key element in building a solid cast of characters, and is definitely a common one across my favourite fandoms. I’ve compiled a list of my top six favourite male/female friendships from science fiction and fantasy, as I’ve no doubt drawn on these as inspiration in writing Renatus and Aristea over the years.

1. Sam Carter and Daniel Jackson, Stargate SG1
In a core cast of four on a sci-fi show with opposing themes of military leadership and social justice, Drs Carter and Jackson are the two genius scientists opposite all-American Colonel O’Neill and alien freedom fighter Teal’c. Both married to their work, Sam and Daniel bond quickly in the show’s early episodes when they find in the other not only a similar intellect, but a shared tendency to question military action where it affects life, even though Sam is herself an Air Force Captain. I loved in the show how easy these characters were with one another, talking geek over O’Neill’s head and sharing small jokes at his expense or even just silent condescending looks they make no effort to hide. 2. Harry Potter and Hermione Granger, Harry Potter
The perfect platonic friendship. Harry can ask Hermione anything and she can reply in complete honesty and not only is the friendship unharmed, the fact that they are opposite sexes barely registers. They are friends because they are compatible people. Harry admires Hermione’s intelligence and problem-solving abilities, while Hermione sees qualities in Harry that he doesn’t recognise, and she helps him to see those. 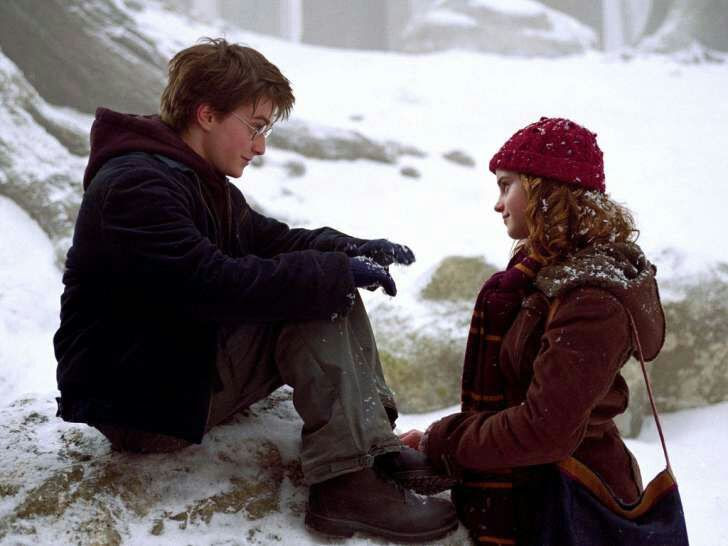 One of the many wonderful mummy-helpers of my classroom recommended this show to me and I am hooked, and one of the (many) reasons I love this show is the adorable connection between Felix, the protagonist Sarah's foster brother, and her many clone sisters. He relates to each of the sisters differently, and often seems to get along with them better than Sarah herself, but probably the most entertaining to me is the dramatic friendship that sparks between Felix and prissy-perfect soccer-mom Alison. Finally, someone else just as over-the-top as they are who can appreciate how a public speaking event or bad hair can outweigh global conspiracies and life-or-death situations, any day of the week. I love seeing characters find their soul friends, and this is so sweet and beautiful amidst the heaviness of some of the show's other themes. Really, really hope these two will find each other in this year's season, or the next one if necessary - I loved what these seemingly incompatible and extremely different characters brought out in one another when forced into a reluctant marriage. Disempowered little lamb Sansa finds her lost spine in the friendship that emerges over their shared hatred of King Joffrey while funny womaniser Tyrion proves to himself that he is better than is expected of him. Shared smirks at Joffrey's wedding, and Sansa standing up for Tyrion though she hasn't had the strength to stand up for herself in several seasons, are to me what true friendship is all about.

A fast-paced four-and-a-half season long show stuffed full of parallel universes, conspiracies and cover-ups, unlikely but possibly plausible science and a generation-long story-arc crossing timelines and dimensions does not sound like it has the room for a beautiful platonic friendship to shine, but even against the love story and the insightful dissection of a damaged father-son relationship that dominate the narrative, lead character Olivia's friendship with eventual FBI partner Lincoln stood out for me. The unquestioning devotion all versions of Lincoln show to all versions of Olivia, with no expectation of anything more, and her swiftness to trust him even when it's not her Lincoln or she's not his Olivia speaks to my vision of the deepest of innate friendships.

6. Fox Mulder and Dana Scully, The X-Files
Uh, obviously these two make the list, even if this friendship deviates from the 'platonic' zone at some point heavily debated by fans even after twenty years. Despite outwardly seeming opposites and despite bickering constantly about opposing expectations of their investigations, these partners turned friends share a common drive to understand the truth of everything they come across and to bring those who would hide it for their own gains to justice. Demonstrating that 'just friends' is not 'just' anything when you're platonic soulmates, Mulder and Scully are the friends we all wish we had - painfully honest, desperately loyal and forever watching the other's back. Friendship is trust at this fundamental level. This is what I hope my writing of Renatus and Aristea channels! 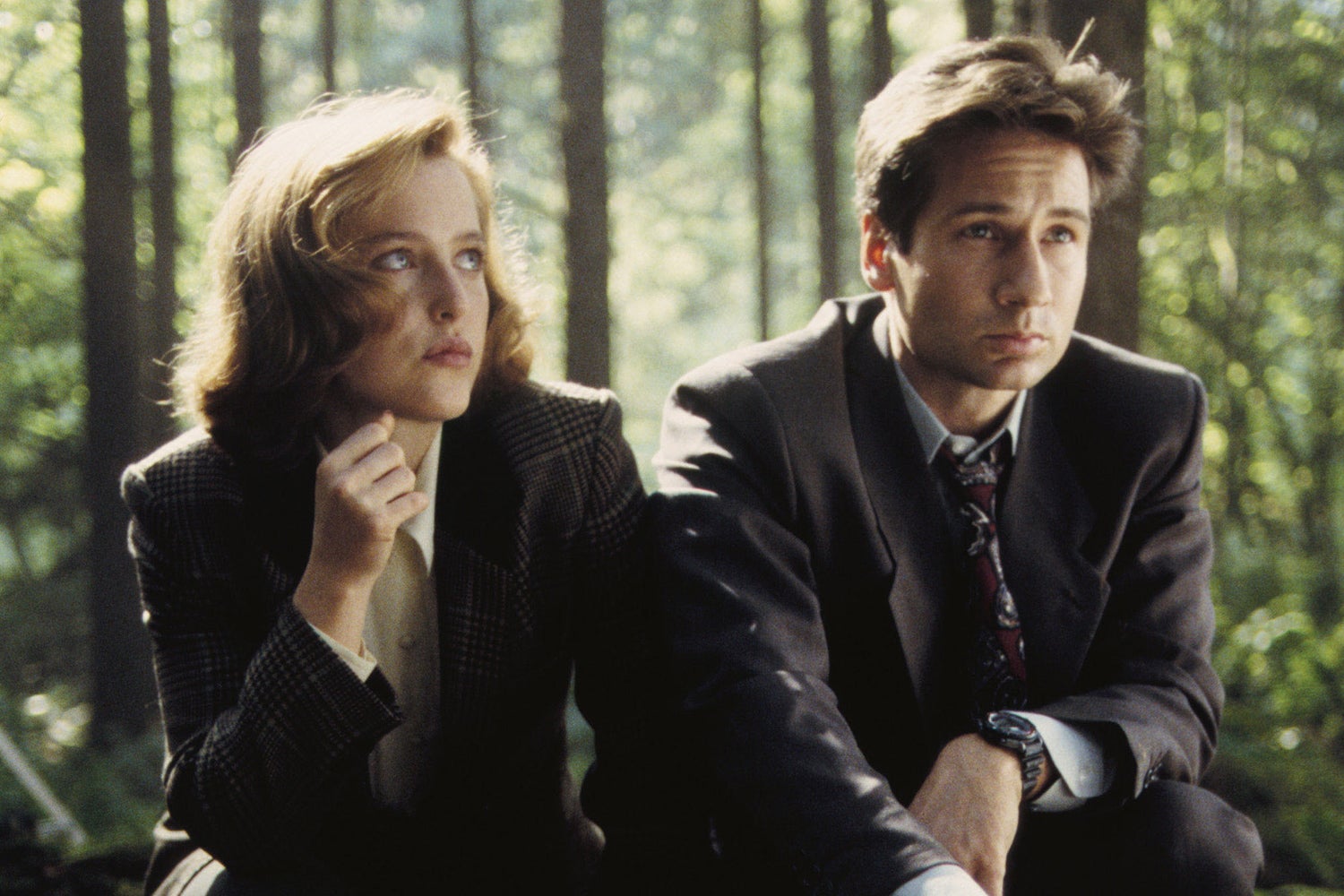